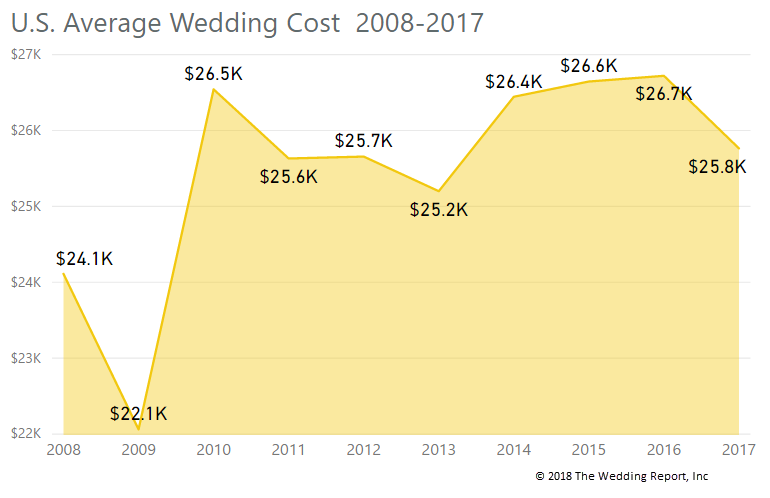 This includes couples that were married in 2017 and couples that spent money on their upcoming wedding. The results include couples from all areas of the US. Because we calculate spending using weighted average demand, the spending decrease was primarily based on a combination of lower demand and lower spending for various wedding items.

But the economy is doing better, why aren’t couples spending more? We plan to go into more detail on this with a separate article, but in a nut shell, the wedding market is a lagging indicator of the economy and couples typically rely on cash on hand (disposable income) and savings to pay for wedding costs. Disposable income is all over the place with pressure from other areas of life taking more and savings rates are also lower.

All markets have been updated with the latest 2017 spending results.

Products; The average amount shown is based on spending of couples getting married, not prices. This includes purchases of both new and pre-owned items.

Services; The average amount shown is based on spending of couples getting married, not vendor prices. This includes purchases of services from professionals, someone that simply provides the service, or a hired family member or friend.